The candy colours of Olufsvej

We did a little more exploring today around our new home and after a morning coffee at Emmery’s on the corner of the little colourful street I spotted last week, we took a wander down it.

The each of the row houses is painted a different colour and there were over a metre tall hollyhocks all along the street adding even more colour. Like many of the little row or terraced houses streets tucked away in Copenhagen, it had a very special feel to it. As we glanced through windows you could see wonderfully lush gardens behind the houses but there was also obviously a lot of community use in the street with picnic tables and sandpits. 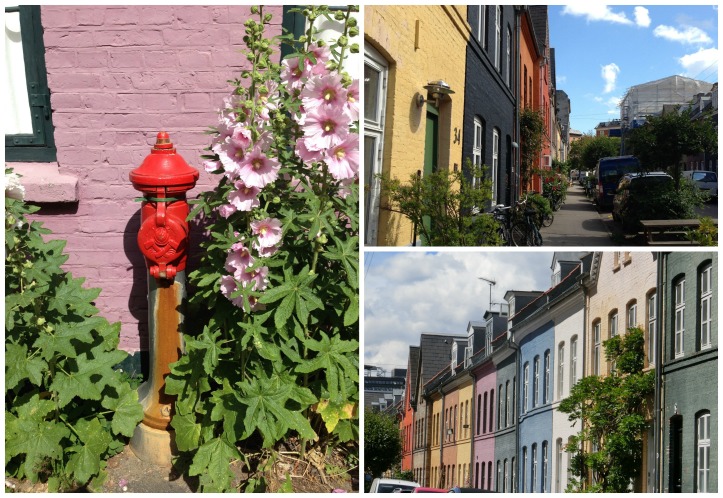 noted the street name, Olufsvej, and looked into it when we got home, hoping like Brumleby and Kartoffelrækkerne, there would be some history to it. As expected there was. The houses were build between 1874 -7 by the architect Frederik Bøttger. As Copenhagen became more industrialised there was a greater need  for housing for workers and Olufsvej was part of that. Until the 1950s the street remained the home of saddlers, painters, antique dealers, clerks, bricklayers, coffee traders – considered to be the ‘posher’ end of the working class.

The street has many unique qualities; no one house is identical and whilst few are painted in the original colours, they are all different and retain the colourful quality from years ago. It is a very short street of only 100 metres and is a cul de sac, with no through traffic. The homes of workers are now owned by wealthier residents and it is nicknamed Media Way due to the large number of actors, directors and journalists that live there.

Yet another beautiful and unique place to stumble upon.. 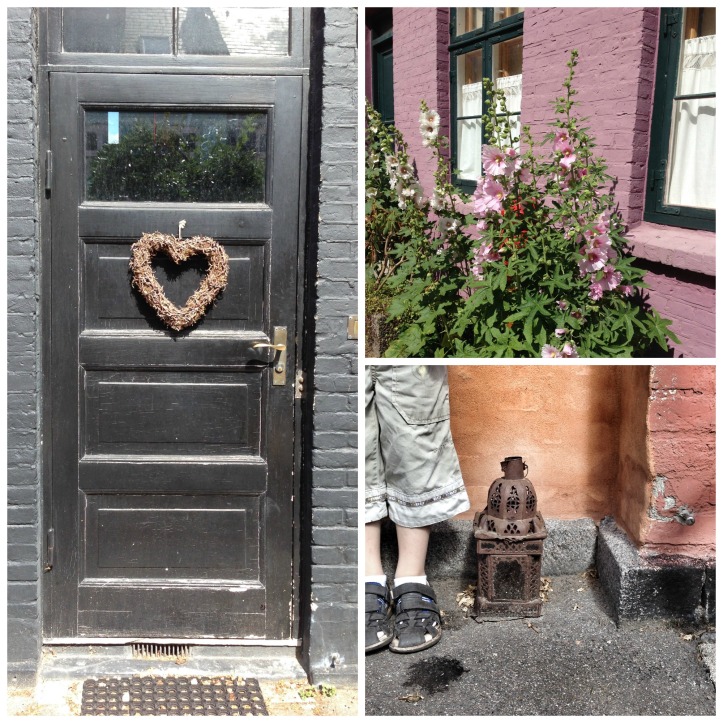