This is the second in my short series about smaller museums in Frederiksberg. The Revue Museum (Revymuseet) is a stone throw from the Storm P Museum so is easy to combine a visit to both. It is a small five room museum dedicated to Danish Revue theatre. Revue is defined as a light form of theatrical entertainment consisting of unrelated acts (songs, dances, skits, and monologues) that portray and sometimes satirize contemporary persons and events. (Source). It was very popular in Denmark in the first half of the twentieth century and still continues to be popular.

The Revy Museet is dedicated to the history of Danish revue theatre and is fascinating. I enjoy visiting museums about subjects I know very little and I can learn at lot. I loved that the museum displays so much historical material from actual posters, tickets to programmes and costumes. All the information boards are in Danish but if you ask at the desk they have a great information sheet you can take around with you. Knowing Copenhagen well it was interesting for me to see which buildings were previously revue theatres that are now bars or cinemas and also have some have evolved into modern day entertainment places – such as Lorry, which is now a TV station. 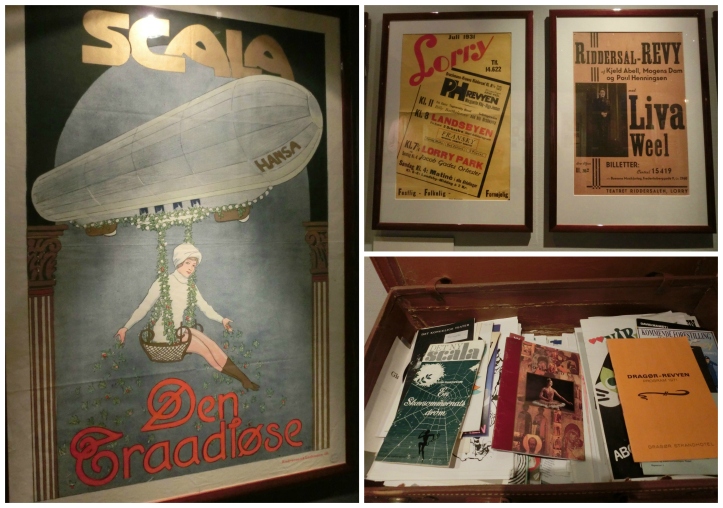 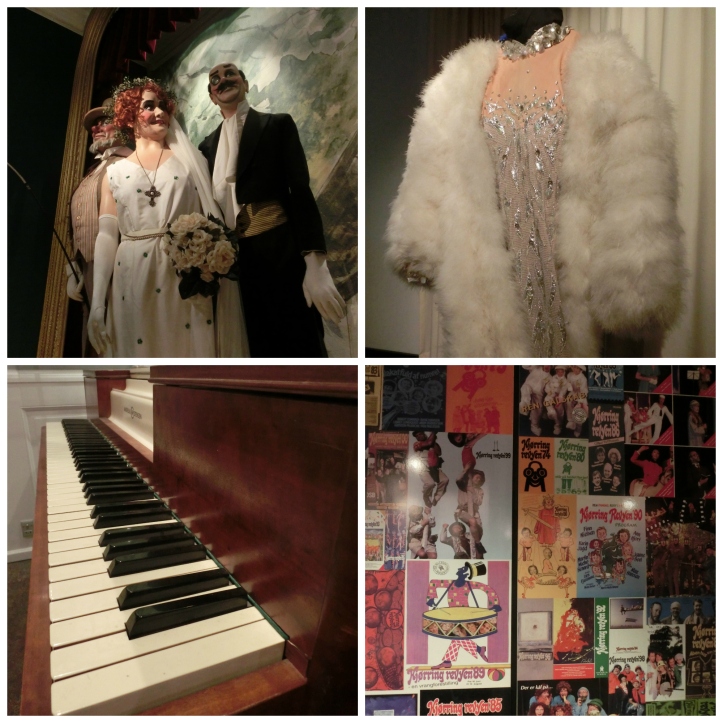 I also saw how many key Danes in cultural 20th century history are linked to so many aspects of life. Poul Henningsen, famous for the PH lamp, was also involved in revue theatre and the museum has a piano designed by him for use on one of the theatres.

Another fascinating place to visit.