New Carlsberg Station – just the tip of the iceberg

It felt like there was a lot of change around the city over the summer months. Enghave Station closed at the beginning of July and a new station opened at Carlsberg, a 200m walk away (and only served by one close bus stop which apparently hasn’t gone down well with the local elderly population). The logic is that the new Carlsberg Byen is going to need a new station to service the new residents, students and people working on the site and a direct access into the area will add to this convenience. Enghave Station, built in 1911, was intended for approximately 7,000 passengers daily, while in the future approximately 24,000 daily passengers are expected at the new Carlsberg Station. 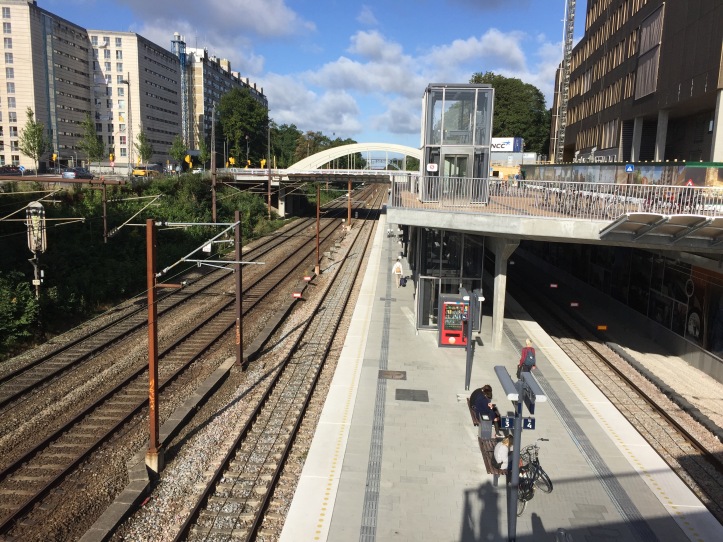 I have some reservations about how this whole new area is going to impact on the wider Vesterbro area in the future with that many more people coming into the area plus the creation of 4,000 parking spaces, which implies a huge number of cars on the road coming and going from the area. There will be an integrated new cycle system created but no mention of the number of cycle parking spots (do let me know if you are aware of this figure). 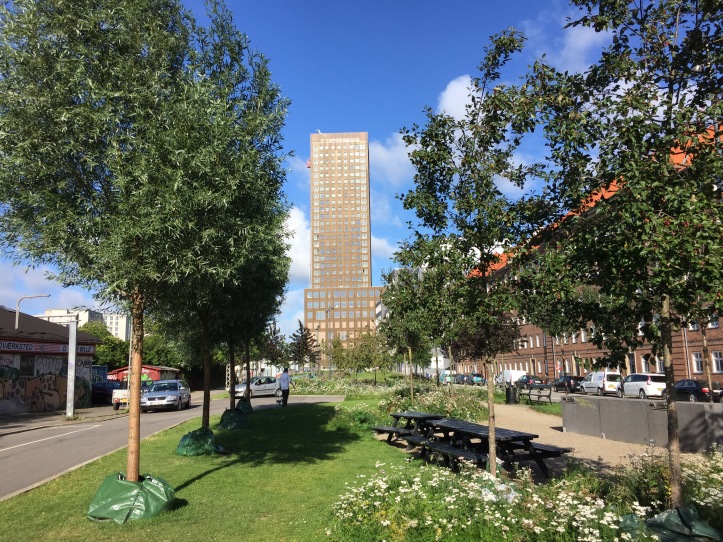 It had been touted as a new area for all when the plans were first put into place but with apartments in the new tower block, Bohrs Tårn (pictured above) starting at over 5 million krone and which in its promo material says there “something for all tastes and needs”, I do wonder. Reading around the issue I can see mention of student housing (12% of the area is designated at ‘public housing’) but nothing specific mentioned for low income or affordable housing. There is also plans for retail spaces which sound pretty upscale. I fear this area is creating a self contained bubble very close to areas of relative deprivation in Vesterbro and Sydhavn which don’t need any more fancy food markets or restaurants. This is an interesting presentation about the area which differs very much from the initial ideas floated in 2008 (which I wish I had kept copies of). 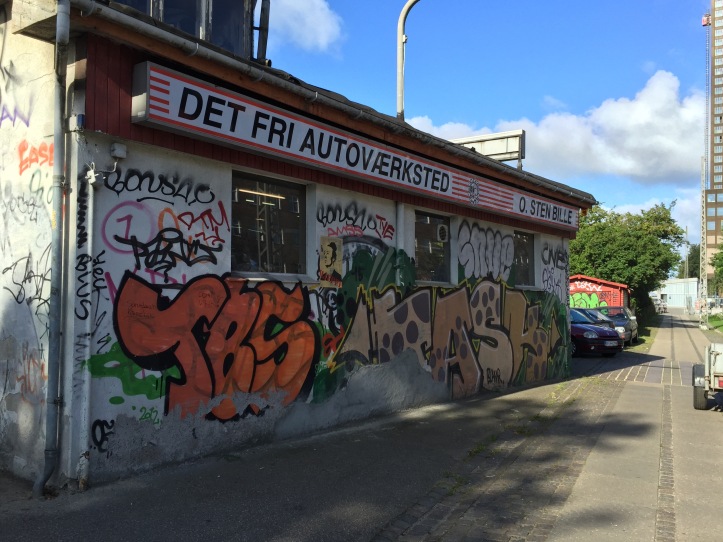 A bit of old Enghave. Are this car workshop (and the soul of this area)’s days numbered? What are your thoughts about this new area?