The French Garden in Østerbro

So what is up with the weather here in Copenhagen at the moment? We have just had the first of three spring bank holiday weekends and it felt nothing like Spring. Wandering around the flea market in Frederiksberg on Saturday we found ourselves in a very wet and cold snow storm after leaving the house under blue skies – my son said it was mean weather and I have to agree. Come on Spring, we need you!

Talking of blue skies, before the Arctic snap arrived at the weekend I was having an explore  around some of the back streets in Østerbro and I stumbled upon a little villa quarter tucked away behind all the late 19th century apartment buildings in an area known as Willemoes Quarter. However the biggest delight was discovering these fabulous art deco style three storey apartment buildings – the kind of place Hercules Poirot would have lived in if he had been Danish.

A little rooting around on the Google and I knew a little more. The area is known as the French Garden (Den Franske Have) and despite its appearance the apartments were built in 2008 but inspired by the functionalist tradition of the 1930s (you can read more about the place in Danish here). The look is so convincing that many people (like I did) assume they are from the 1930s and perhaps even designed by Arne Jacobsen. What a fabulous place to live! 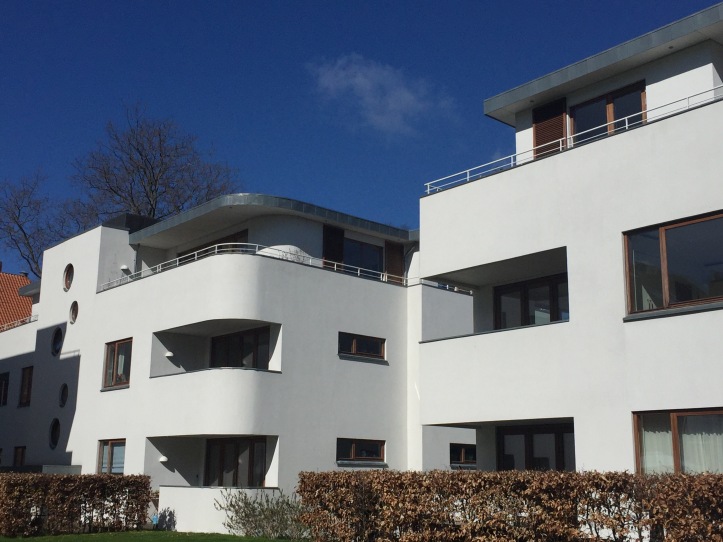 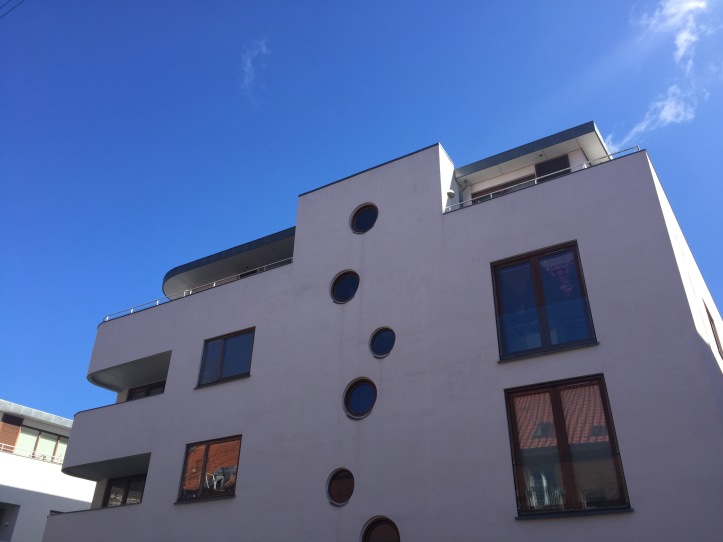