Earlier in February I was invited to a flødeboller workshop at Social Food in Ordrup. I was curious about the shop as well as making delicious sweets as I had cycled past their second outlet on Gammel Kongevej a few times meaning to pop in. I had a great morning learn to make flødeboller and I was inspired by the story behind Social Food.

Mads from Social Food was kind enough to meet me in their Gammel Kongevej store to tell me more about Social Food.

Again I was surprised for a country where supposedly the norm is good enough to hear about yet another inspirational entrepreneur. Thor Thorøe, the man behind Social Food, was one of the founders of Paradis ice cream chain here in Denmark and he was bought out by his partners and started a bean to bar chocolate factory in South Africa. His goal was to help poor South Africans out of poverty, to help them gain skills and education and to establish sustainable businesses to achieve this goal. As time has gone on he has set up more and more projects in Africa based on the same goal. 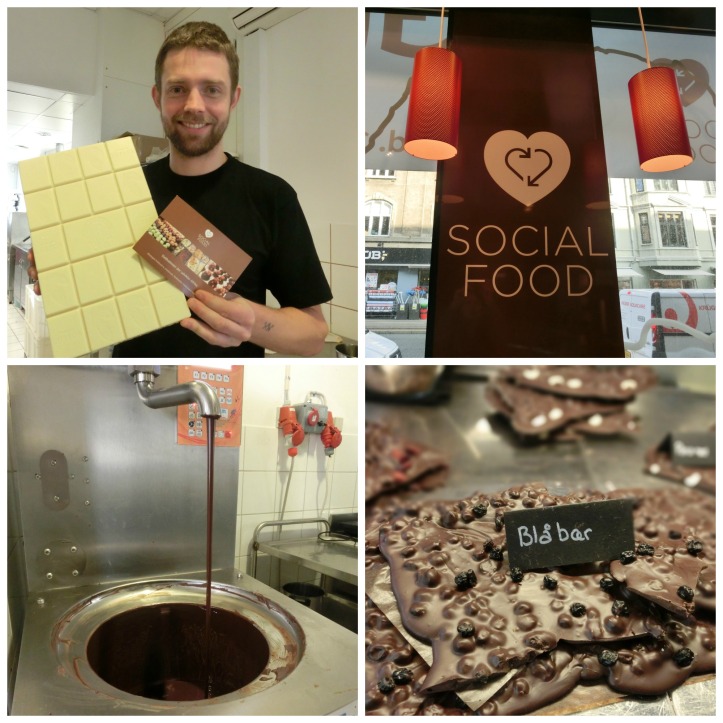 The one project that really struck me was his cow project. He gave 400 farmers in Mozambique, who had previously been tobacco farmers, a cow. The milk the cows produce is sold to a dairy and the farmers gain an income from it. One farmer has been able to put two of her children through university and the others into education from the profit she makes from her very productive cow.

Other projects have included setting up a maize mill to that local people who would usually spend a day milling their maize by hand to chance to have it done by machine and thus freeing up their time for other farming or education. The husks left over from the process are then made into animal feed for the cows to help increase production. Another gives children, who have walked several hours to school, a few enriched yoghurt to help them start their day of learning. The milk from the yoghurt has, of course, come from the milk already mentioned. Thor wants to expand this project further.

Thor has many more projects in the pipeline and the shops in Copenhagen are part of that. The shop in Ordrup was opened in 2012 and the Gammel Kongevej in 2013. The shops sell organic chocolate, nuts and homemade ice cream and give Social Food the chance to raise the profile of its work. Mads is passionate about the work Social Food undertakes in Africa and is happy to talk about it. The courses, such as the one I attended, give him the chance to education Danish children and adults about the projects.

I have only touched in the work of Social Food here and there is a lot more information on their website and, if your Danish is good, this great documentary.

The chocolate is delicious and the flødebolle probably the best I have tasted (even if mine looked a little lopsided). I am looking forward to trying the ice cream. On the 1 and 2 of March make sure you get down to one of the stores for a free scoop as the ice cream season starts! 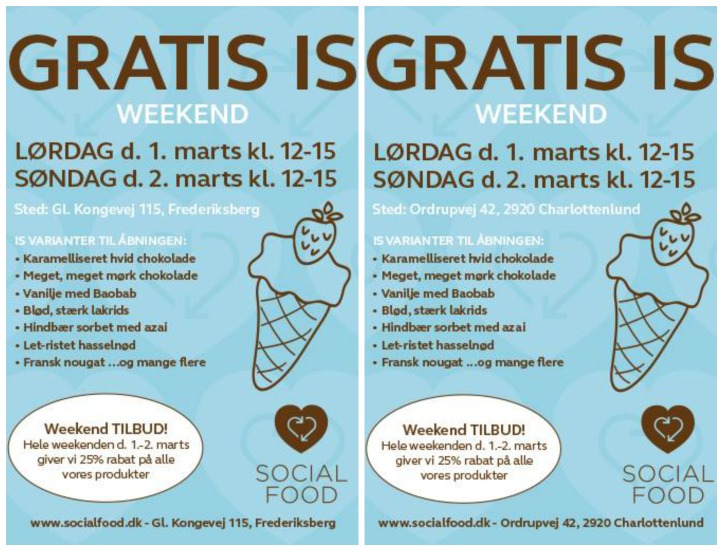