The lowdown on Fastelavn

Moving to a new country means the introduction to new traditions. Fastelavn is another Scandinavian tradition that was new to me when we came here and the first year I was very curious about why supermarkets were suddenly selling small wooden barrels. In England we traditionally eat pancakes on Shrove Tuesday before Lent begins but here the Danes celebrate Fastelavn. It is a real ‘go big, or go home’ kind of celebration. Fastelavn is celebrated on the Sunday or Monday before Ash Wednesday (seven weeks before Easter Sunday) and is a real carnival for children.

Children dress up in costumes or cat masks, and a big wooden barrel with a black cat on the outside is suspended, which they can bash with impunity until the bottom falls out scattering the sweets inside. Being Denmark everyone is a winner! The child who administers the final bash before the bottom comes out is crowned the cat king or queen but everyone takes a share of the booty.

This is known as slå katten af tønden (hit the cat out of the barrel) and in olden days the barrel actually contained a cat, which would then be chased away signifying the banishment of evil.

Great fun nowadays for everyone, including cats!

But my favourite thing about this celebration is Fastelavn Boller. Imagine a huge choux bun filled with a custard cream with chocolate and more whipped cream for good measure on top? You are? Well that is what is eaten as a Fastelavn bun here in Denmark before Lent begins. There are variations with raspberry cream and icing too. 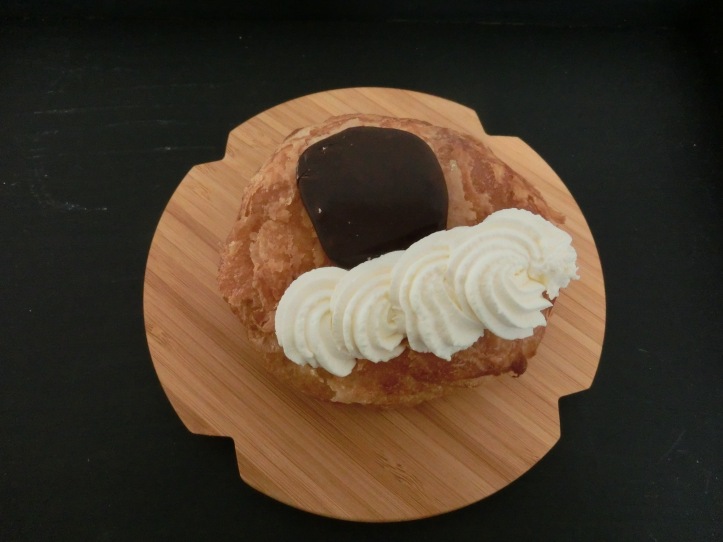 Generally I don’t like to see seasonal items in the shops too early but I make an exception for something like this and am delighted when they first start appearing in bakeries during the run up to Fastelavn. Now I understand there is a more old fashioned version which is much more moderate but I have never tried one (and why would you when there is a cream bun on offer?).  So there is something for children and of course, something for everyone at Fastelavn! 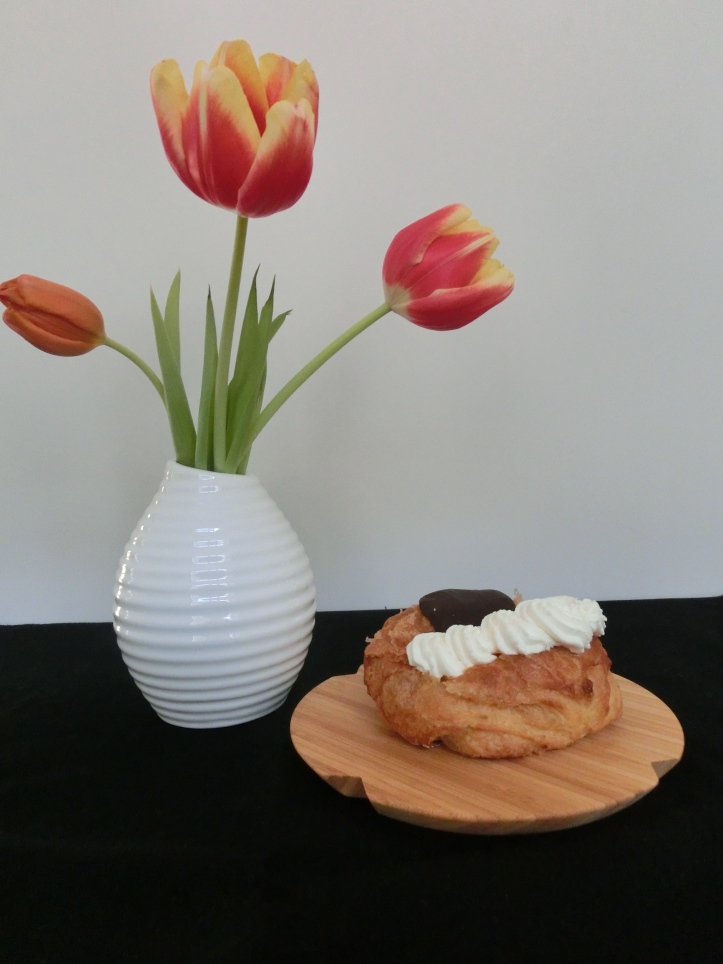