When you have more than you need, build a longer table not a higher fence

Last week and the result of the US election affected me a lot more than you might imagine. I watched both Trump and Clinton’s speeches after the election and one sounded like a president and one did not- I’ll leave you to decide where I stand on this. I don’t intend this blog post to be political but the aftermath of the election made me take a stance on many things.

I read on Saturday that Lego had pulled its advertising budget from The Daily Mail and this coincided with me deleting the Daily Mail app from my phone and their feeds from my Twitter account. I used to hate read this newspaper but now I have decided that there is no place in my world for their brand of bigotry, lies and negative editorial policy. I know I am one person but I hope I’m not alone and if Lego are making this stand hopefully others will follow.

With all this talk of walls, and whilst Trump won’t (hopefully) build a physical one, he has built and legitimised the building of many metaphorical walls between people. In his world one side of the wall are winners and the other side losers and I don’t want to live in a world where there are these divides. So for me it is looking at my actions and the actions of others.

This weekend a furore erupted on an expat Facebook group as the moderator said that posts offering illegal services would be removed and the poster reported. It was a move to protect vulnerable people from being scammed. Result he was send messages threatening him and his family. An instagrammer and former blogger I follow posted a picture of herself at an anti Trump rally and she got a lot of support but also a lot of negative and threatening responses.

There are forums that exist online simply to rip people down, there are people who cruise the internet to find people to attack and then move onto the next person with no regard for feelings.

What can we do in this world of negativity to help the majority of positive thoughts and people be heard?

First  we can take on the internet. If you read something you agree with on Twitter, Facebook or some other social media platform, don’t just read it and move on. Say something supportive, like it, share it and pass it forward. Post positive things of your own (I have been posting a photo a day on Instagram that shows something that made me happy that day and sharing three things I was happy or grateful for, maybe you’d like to join me?). Flood social media with positivity even in response to negativity. 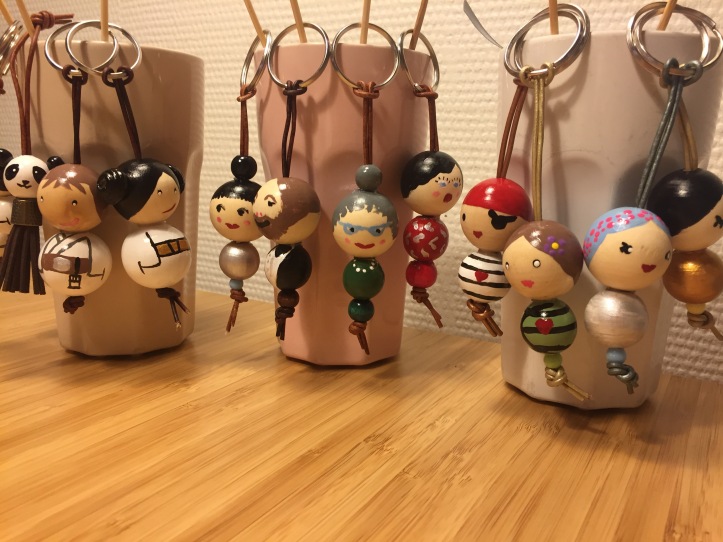 In real life, take a moment to say or do something kind or helpful to someone. Give up your seat on the bus, say a kind word to someone you don’t know, take your empty coffee cup back to the counter in a coffee shop as you leave, compliment someone, find a few coins to give to a homeless person, stop and help someone who needs it, share a tip of something you know to someone to make their life easier, thank someone for something they have done, give the parent struggling with a toddler and shopping a hand. Donate your time to help a charity, turn up to event that support a small business. Just take one action a day that makes someone else’s day a little better, the list is endless.

This Christmas head to one of the many creative markets in the city and support makers and creatives by buying something unique as a gift. Or handmake something for your loved ones yourselves, you don’t have to be massively creative to do this (tons of ideas here). I recently sent a close friend a gift I had handmade. She didn’t realise initially that I had made it and when she did said she loved it even more. I know there is the argument that Christmas cards are bad for the environment but in the wider scheme of our carbon footprint they are tiny and the joy that a genuine handwritten message gives to someone cannot be replaced by an e-card. Kids get some much at Christmas so this year I am picking one of my favourite books from my childhood to send to my friend’s children.

It may all sound like tiny things but they add up. Come on, together we can make a difference to our world, I promise.