Little fragments of history in Østerbro

As people who know me well will attest I am something of a nosey-bonk and last Saturday, whilst standing at the 1A bus stop at Trianglen in Østerbro, I noticed something curious on the wall of a building under renovation on the corner of Odensegade. I dashed across the cycle lane to take a second look (and take a few quick pictures).

I was amazed to see the shreds of a very old poster still attached to the side of the building which had previously been covered over. It looked to be some kind of advertising poster but it was impossible to make out more than a few letters. I resigned myself to never knowing any more about it and I was sad that it would be lost after many years of being accidentally preserved. 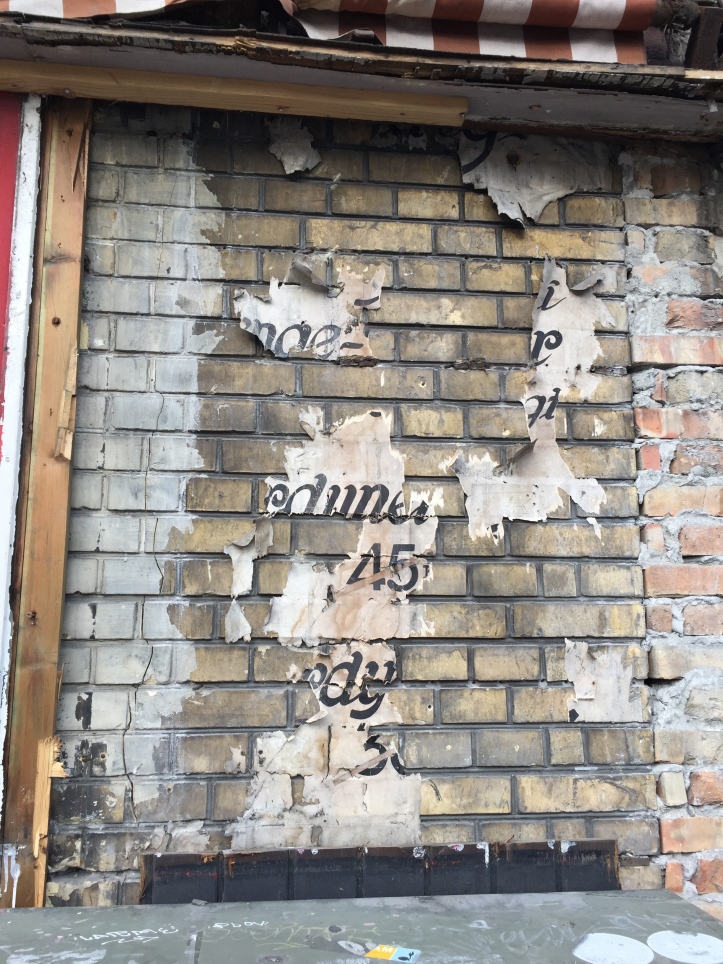 Later in the next week, my husband told me there was something about it in our local free newspaper, which I rarely glance at. It seems that I wasn’t the only person to spot it and be curious. It turns out that whilst the facade of the New Garden Chinese restaurant was being ripped off as part of a transformation into a new burger restaurant, the fragments of the poster thought to be from the early 1900s came to light. At that time the building housed a department store, Crome & Goldschmidt and since the 1940s it has been various different food places. By looking at the archive photos from the 1960s in the Østerbro Avis, it seems the frontage has been covered up for some time hence the preservation of part of the poster. 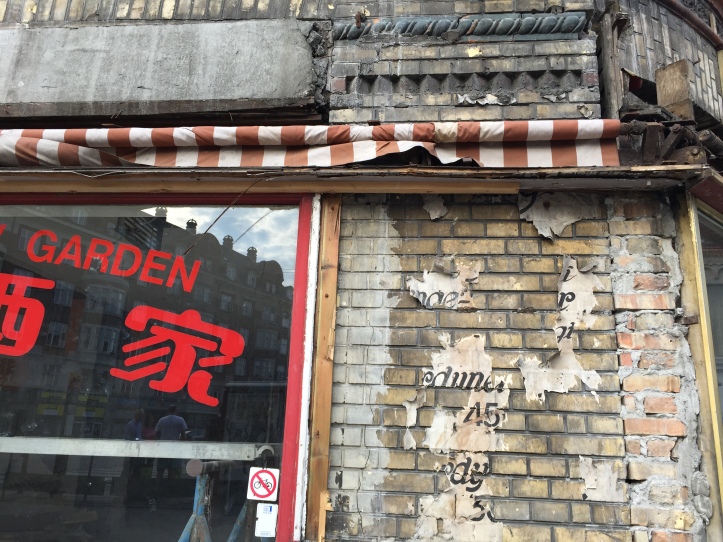 The article carries a quote from a volunteer from Østerbro Lille Museum so lets hope there are some plans in place to help preserve these little fragments of history.

You can read the whole article (which I have paraphrased here) in Danish here.