Is the food scene in Copenhagen too ‘noisy’?

I am going to be a little controversial today. At the moment it seems to me that there is too much ‘noise’ in the cafe and restaurant sector in Copenhagen. Every week there seems to be a new must visit coffee shop or restaurant opening or being ‘discovered’ on social media. I must admit that I like to try new places but if I like somewhere I add to my collection of places to go rather than simply ticking it off a list and moving with the tribe to the next trendy place. 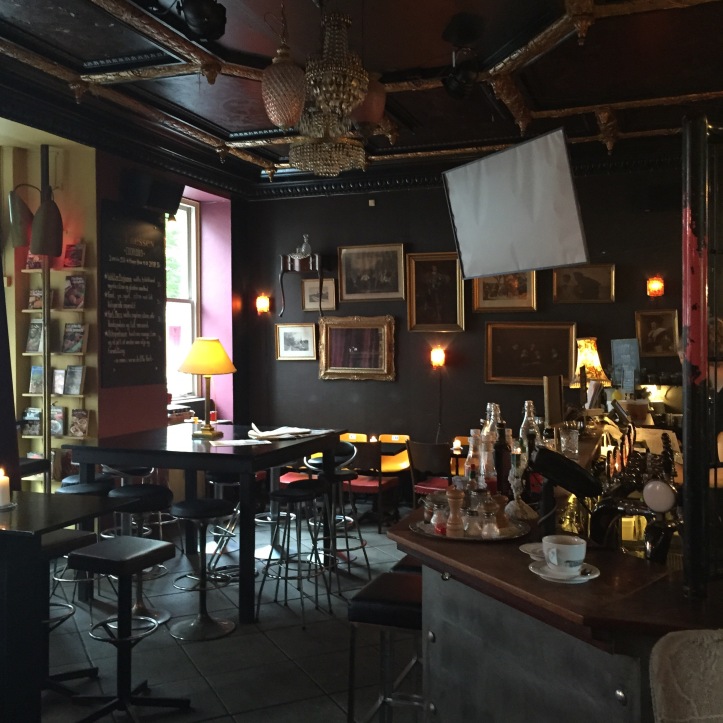 I also don’t always share my favourites here (the cafe above is one I like) as I like to keep some places to myself. A few months ago I shared our favourite dim sum restaurant in Vesterbro on Facebook and Twitter. It had been a hidden gem favoured by the Chinese community and those who had been recommended it personally but suddenly I see the trendsetters on Instagram are there and it is being mentioned on Yelp. I don’t in anyway feel this was down to my sharing it on social media but I felt a little uncomfortable that this place will be spoilt by a stampede of people wanting to try it and then rapidly moving onto the next thing.

During the financial crisis there was something of a standstill in the growth of new businesses and now Denmark is allegedly clear of this the consumer scene is suddenly booming. New shops, new cafes and new restaurants are all jostling for a share of the market. It seems that every few weeks there is a new opening of somewhere cool but is this sustainable in the long-term? Already I have heard people say that Vesterbro is too full for new places to even give it a go.

It is exciting that there is a thriving food scene here in Copenhagen (four out of the fifty top restaurants in the world are here) and street food markets give smaller scale entrepreneurs the chance to flourish. But on the other side there are the places that are super popular but that are perhaps not the best places in the city within their genre but have managed to capture the right market – be that instagrammers looking for places to share stylised images or hipsters who want to be seen in the cool places.

I would also worry if I was one of those must go to places as before long there is a new must go to place and you need to keep up with the game, which can get pretty exhausting. If you are doing something different that captures the market it’s not long before others are attempting to replicate your success.

When I first moved here there were a handful of must go places  – Den Blå Hund, Dan Turrell are the ones that spring to mind but I rarely see these places mentioned now. Yes it is exciting to try new places but there is also pleasure in a favourite spot. Hopefully the places that will survive this boom will be the ones that deserve to.