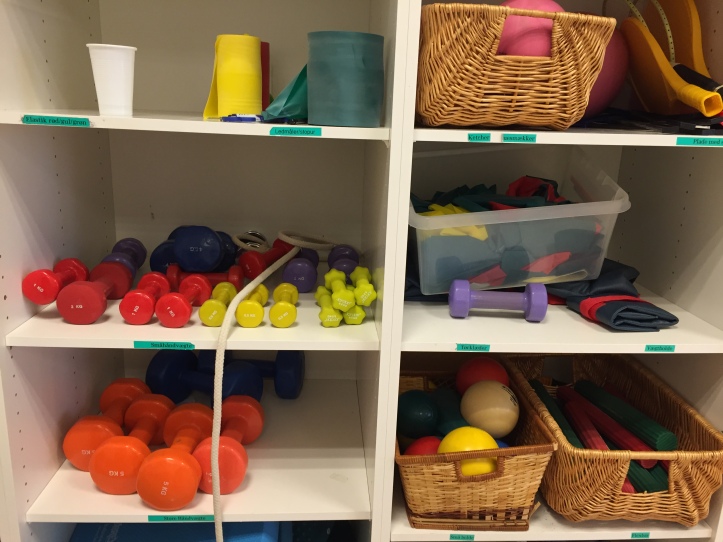 So it has been just over three months since my accident. It feels an awful lot longer, the time I was in massive pain and drugged to the eyeballs seems a life time ago. I have been working hard to resume a normal life and in the main managing it except for cycling. I miss the cycling so much especially as it meant I could indulge in more pastries without piling on the pounds (extra goal over the next few months is to lose the post accident weight).

After a couple of months of one on one ergotherapy at Bispebjerg Hospital, I have been released into the community. This quaint expression directly translated from Danish means that I am now being treated by the Kommune in a big health centre on Vesterbrogade. This centre seems to cater for a multitude of community health issues from alcoholism and smoking cessation to physiotheraphy and other treatments. I felt a little let down after the cosy sessions at the hospital.

I was rather daunted when I was told I would be doing group therapy. The physio who assessed me explained the group was good as we all had the same injury in common and it is positive to do these things in groups and to meet others in the same situation. I thought how very Danish. I’m not bothered about meeting other people with broken elbows, I want my broken elbow to get better so I can meet people without broken limbs and get food into my mouth without tossing it in like a trained seal.

The first rule of group therapy is you don’t talk about group therapy. Only joking, the first rule of group therapy is it’s not a competition. This is tough for someone who is inherently quite internally competitive. At the first session I saw an older lady who was on my ward with me back in January. She seemed to be streets ahead with her range of motion and I immediately felt downhearted. But the hunky physio assure me that I mustn’t compete as everyone’s situation is different and when he looked at my notes, he was amazed at the progress I had made already after such a complex fracture.

For a non Danish speaker, the sessions could be daunting but I am sure they would accommodate people by speaking English (we speak English when the physio is working with me individually) and perhaps there is the opportunity to have access to a translator if necessary. The sessions are tough but as my issue now is about building my muscles up again and stretching them out so my arm can work correctly, the work needs to be hard. In just four sessions I am already gaining so much more movement and with 15 more to go, I am hoping by the end to be back to myself again.