Solidarity and the environment 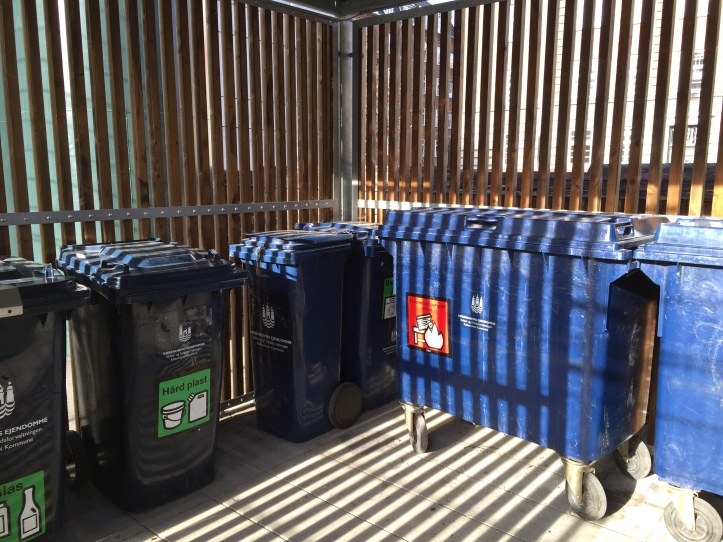 Firstly can you believe that there are only 350 bin collectors in Copenhagen? Me neither. We were first alerted to the lack of these people last week when we slept soundly until almost 7am without the sound of the wheelie bins being hoisted out of our bin store three floor below. The next sign they were not around was the rapid filling up of the six large wheelie bins that service our apartment block. A quick visit to the Kommune website when the bins bags started piling up on top of the wheelie bins and a rancid stench seeped out (plus  my fear of rats reached critical level – I still remember the very angry rat I encountered trapped in a wheelie bin in Berlin), I discovered that the bin collectors were on strike over a change of contract.

Being British, I assumed their beef was over hours and pay, usual reasons to strike in most cases but when I discovered they were striking because four people (the new contract would guarantee jobs for 54 out of 56 collectors) were going to lose their jobs, I was actually amazed. I don’t know if they knew which four people it was or everyone feared for their job but to cause a massive disruption for just four people to me showed real solidarity. In a world where people are often selfish and only look after number one, this was a refreshing thing to read.

News on Wednesday when the strike was called off said that the four jobs had been saved and the bin collectors were being the slow and very unpleasant task of clearing all the waste that had mounted up over the week long dispute. Not a task that I envy but they and their Union obviously felt the fight was worth it. Their victory was obviously made easier by the impact the mounting piles of waste was starting to have and the threat of an invasion of rats.

On another note, rather like the time we had no fresh mains water after the floods of 2011,  the environment came very much to mind after this week. I am very aware and ashamed at just how much waste we as a household and our apartment blocks creates even with the well used recycling programme here. If this week has made people aware of just how much junk we are sending to landfill, the binmen have achieved something more than just saving their mates’ jobs.