This Friday is traditionally known in the US as Black Friday, the day after Thanksgiving when all the shops have massive sales – and there are usually stories of at least one person being crushed in the mass shopping frenzy. In fact in 2008 when I was last in the US for Thanksgiving someone was crushed to death in the rush for bargains in a Walmart on Long Island. 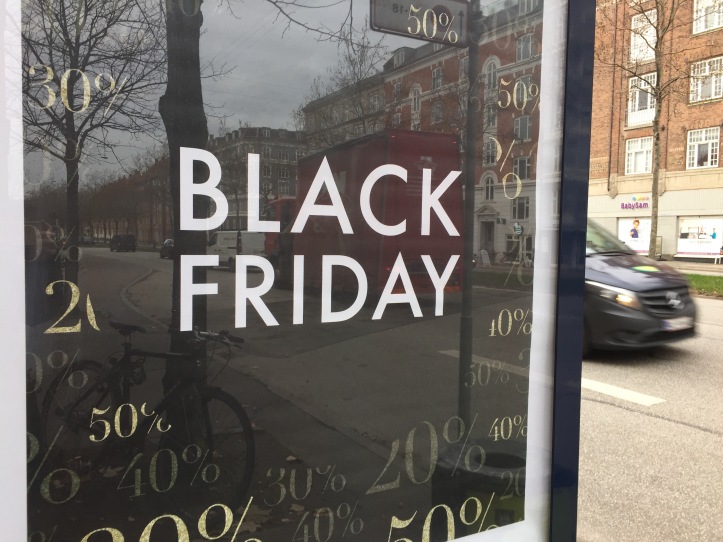 Last year was probably the first time we saw the concept of Black Friday creeping into Denmark. Like many US exported traditions it was looked at rather disparagingly by many Danes. However this year Black Friday has landed with a bang. You can’t travel around the city or pick up the free newspaper without being bombarded with adverts for Black Friday sales.

We all like to save some money and if your child’s wish list for Christmas includes something pricey then this Friday is the time to put on your Santa hat and get a bargain (unless its a Hatchimal as I understand they are now sold out). I don’t think I need to tell you where to go but unusually the malls at Fisketorvet and Fields will be open from 8am until midnight on Friday.

Perhaps it is a reflection of the world economy at the moment that the desire for bargains is greater than usual. I do hope that this Friday sees Danes behaving in their usual moderate way and there are no scenes similar to those in the US and the UK of rabid consumerism and people think before they buy something simply for the sake of it.

What do you think about Black Friday here in Denmark?