If you are walking along Classensgade and almost reach Strandboulevarden you would be forgiven for missing one of the loveliest hidden parks in Copenhagen. Classenshaven is reach thorough what, at first glance, looks like the entrance to the back yard of some neoclassical apartment blocks. Even on a hot Sunday afternoon it wasn’t that busy.

This tranquil garden is the location of some former bomb shelters and was created in its current form in 1924 when the surrounding apartments were build. Previously it has been a deserted wilderness after the area, which had been part of a country estate, was razed to the ground during the 1807 British siege. It is now a peaceful spot with shady trees, beautiful flower beds, grass to laze on and a small children’s playground.

It makes me want to be a child again, to explore all the hidden areas amongst the trees and imagine many wonderful adventures here. 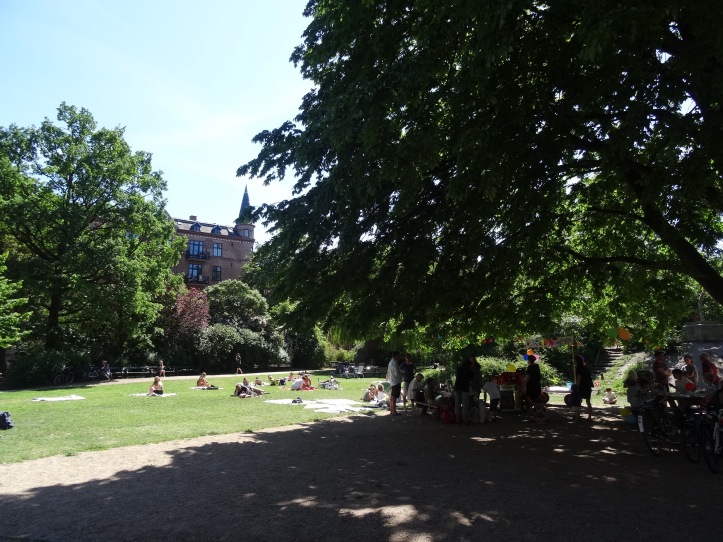 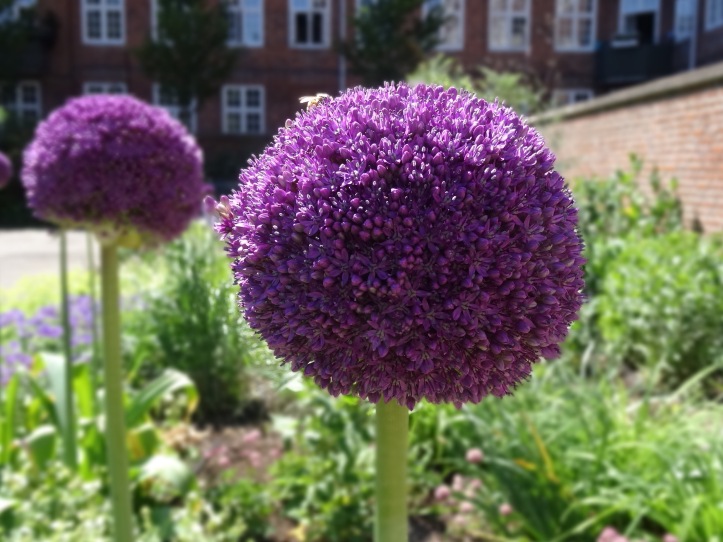