Last Friday I initiated my son into the wonder of a sunset chase. He enjoyed it but perhaps not as much as me. We were in the harbour at the Experimentarium and I knew that the sun would set at 4.15pm (scarily early) and it was such a gorgeous day after two days of rain, I knew it was going to be a good one. A summer sunset chase has its power but an early winter one is just as special, especially over the inner harbour.

The photo above was from Papirøen at about 3.50pm straight into the sunset but I also love the effect of the golden sun on the Opera House and the milky light over the harbour. You can understand why this is called the golden hour. 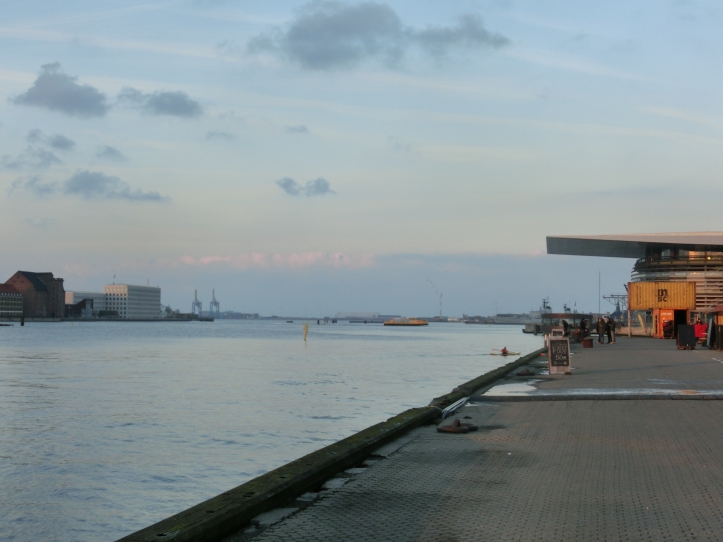 We then cycled quickly to Knippelsbro and watched the sun sink behind the buildings. My son snapped a few photos but was more interested in the kayakers in the water. I, on the other hand, stood and watched it, with tears in my eyes, until the last drop of sun disappeared. My son asked me if I loved sunsets when I was a child and I can honestly say that, growing up in a wooded area, I don’t remember experiencing anything like this until I was about 14 and staying in the Atlantic coast of France and watching a sunset, on the top of a massive sand dune, in awed silence with loads of other people . I think that was the beginning of my love of sunsets. We spent our honeymoon on Santorini, world famous for its sunsets and the love of them was cemented but I hated how the crowds of tourists clapped – to me it is a phenomen best enjoyed quietly and with the sweat on your brow from the chase. 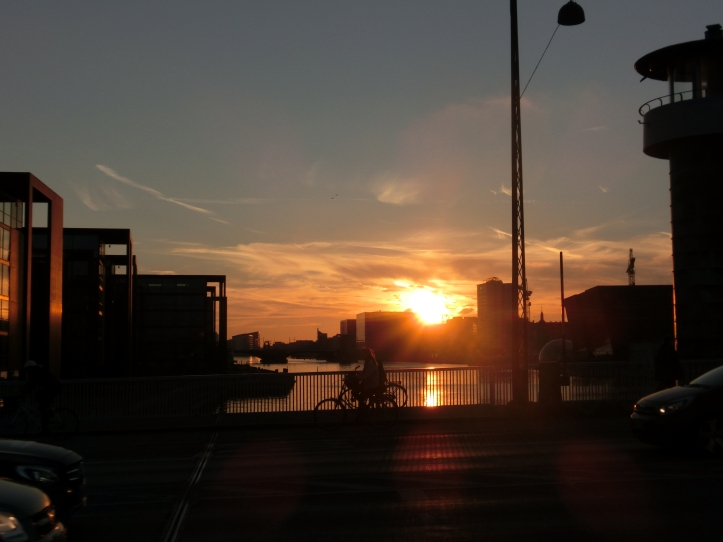 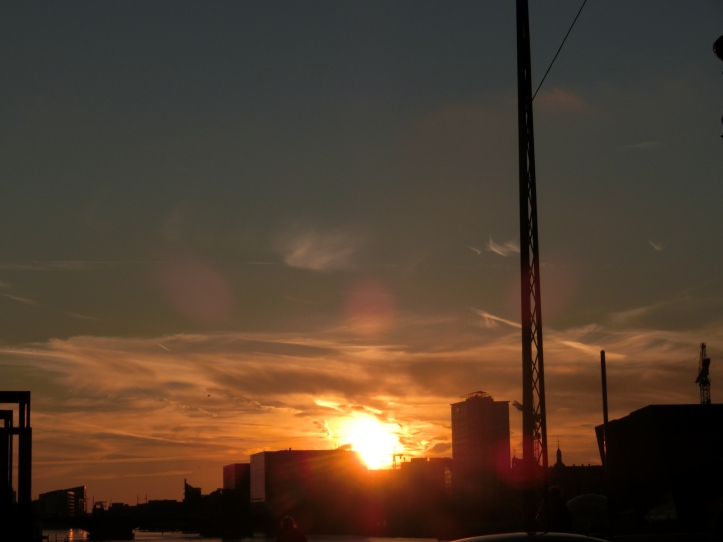