I was excited to see that one of my favourite British TV chefs, Hugh Fearnley Whittingstall, has jumped on the love of all things Scandinavian and has a short series of programmes, Scandimania, concentrating on each of the Scandinavian countries. I was eager to see how he would look at life here. I expected the best and I was pleased with what I saw. Hugh really seemed to get life here and he (and his research team) had done a great job. 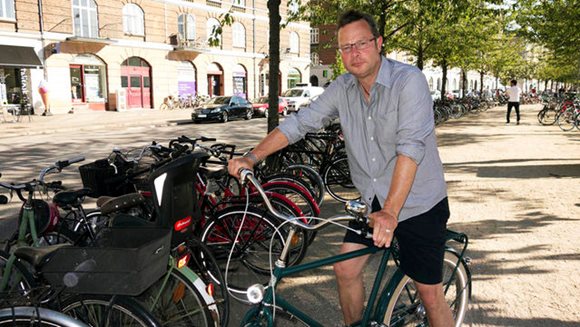 The programme really showed the city I love so much in such a positive but realistic light and it touched upon some important aspects of life here too, not just sexy Danes swimming in the harbour, although there was plenty of that too!

Like many Brits Hugh had only ever eaten doughy sweet Danishes in the UK so eating a real weinerbrød was a revelation to him. Also I learnt something about just how much butter goes into one.

Of course the programme touched on hygge and also Jante Law, with one of the Danes observing that ‘the norm is good enough’ – slightly ironically as this was said by Rene Redzepi, the brains behind Noma. If the norm is the best restaurant in the world then the Danes are doing something right!

Hugh spoke to a Danish couple with two children who said they were happy to pay over 50% income tax because they saw the benefits of it, specifically free, excellent education they had received when they were younger. It is hard to imagine hearing this from someone in the UK.

Finally the observation made by a very articulate teenager that life in Denmark is good as ‘if you don’t expect too much, then you aren’t disappointed.’

The programme is available for a few more weeks on the Channel 4 website. If you have watched it I would love to hear your thoughts, especially from people in the UK.