Some thoughts on Kødbyen

The meat packing area (Kødbyen) in Vesterbro has changed and developed a lot since we first moved here and I thought it was about time I paid it a proper visit. Although it is still a functioning meat, fish and wholesale market, there are now a number of creative companies in offices there, trendy bars and restaurants, galleries and other shops, attracting a new crowd of people. I can see its appeal, the buildings are real contrast to a lot of the city and its history is interesting. 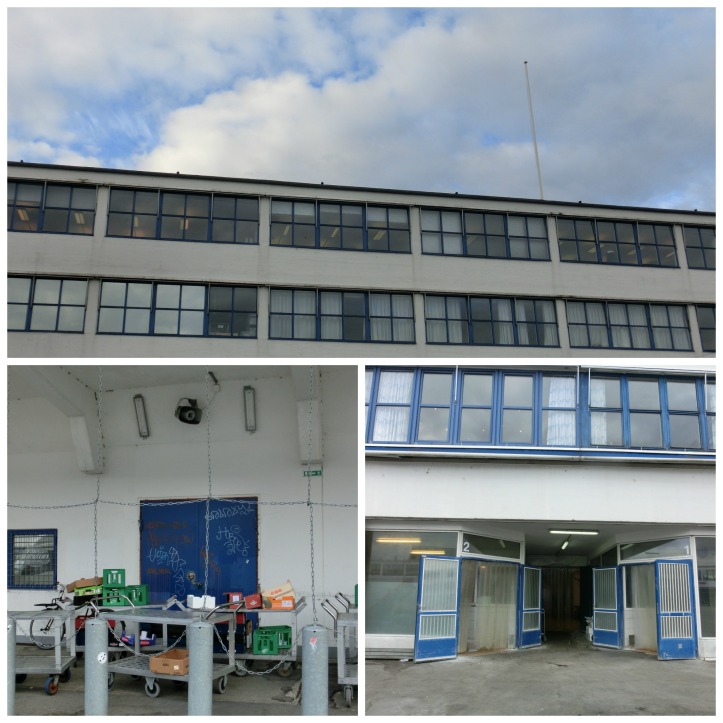 The area still has a gritty feel to it but there is certainly an air of gentrification about it and as usual this is not always popular with the existing community. On one hand I can see the positivity of changing the face of an area, bringing in money to benefit the local community but on the other you can see that the influx of money and new distinct community, who can be perceived as wanting to change the area they claim to have been attracted to in the first place, is not always popular. It can push rents up and drive away people who used to enjoy the area and not just the less desirable element.

I spotted these signs in one of the older pubs facing the main area of Kødbyen and they show the opposition to its new image. In Berlin there was a real movement against richer newcomers to more traditional working class areas and these people were easy to spot and attack due to their ownership of flashy expensive cars and their desire for underground parking. Here it seems that the newcomers are more defined by their sartorial images, which also seems to single them out. Perhaps this negative feeling is inevitable and also to a certain extent understandable.

On a positive note, the restaurant Mother, really caught my eye and I am looking forward to trying their antipasti one lunchtime. I was just a little disappointed to see that all their menus were in English – a nod towards the more international clientele from the nearby creative companies but I am sure these customers must eat and drink in other places in Copenhagen and can cope with the basics of a Danish coffee menu – perhaps another aspect that attracts negative feelings.

It is certainly an area to explore and take from it what you wish.