As everyone says at the moment, we are living through strange times. I have to say that when we are in the house apart from the school work my son has it is easy to forget that we are living through one of the most serious pandemics since 1918. However I can certainly see some positives coming out of the crisis.

Before this crisis started our local community Facebook group was pretty quiet. People used it for advice, lost things and recommendations but since the Coronavirus people have been using it to connect with others and to share physical resources such as books and toys for kids. I posted up that I would leave a box of DVDs by my gate for anyone who wanted them and most went very quickly. I can see this resource will become more and more useful as we go on. We are lucky here that we have so far avoided any misinformation in this group. 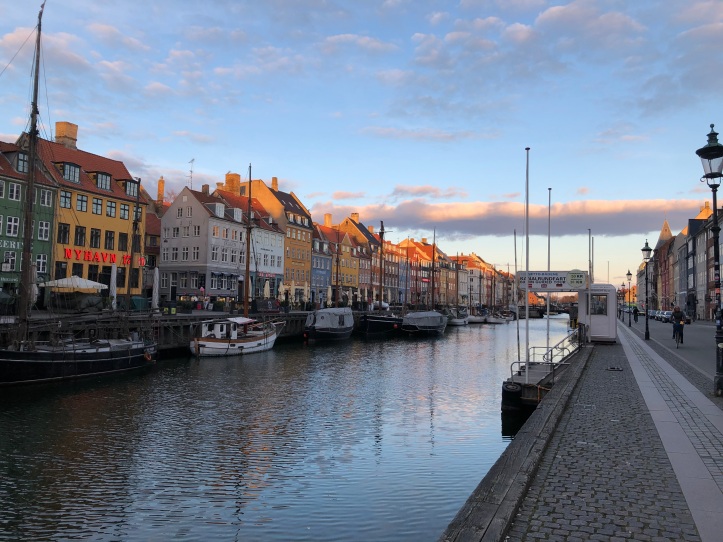 As everyone is at home we have seen more of our neighbours than ever before. It is nice when we are out for our daily walks to have a quick chat (at minimum 2 metres apart) with people we rarely see. On the whole everyone is still pretty positive about everything and the sun shining probably has a hand in that. We have a very active elderly neighbour but I am conscious that she lives alone. We had a lovely long conversation with her a few days ago (highlight was her assessment of Donald Trump – “He’s stupid….and ugly!”). I checked that she had everything she needs and was pleased to hear that she has a family friend coming over to walk her dog and make sure she has shopping she needs. It is important to check that people are OK at this time especially if they live alone. Even if they don’t need help, they will be pleased that someone offered.

Normally all my friends both here and in the UK have busy lives and we often find it hard to connect in a meaningful way. Since the lockdown here and then subsequently in the UK, my friends have a lot more time on their hands so we have been (mainly) chatting via Messenger, supporting each other and having lighthearted discussions. I had hoped to FaceTime with my oldest friend in the UK but she is likely to have the virus (but as they are not widely testing currently in the UK it will never be sure) so is feeling poorly at the moment. My crafting group is hoping to have a virtual meet up. It is also lovely to see real friends on their YouTube channels (House of Valentina is being a prime example and even if you don’t know Valentina in real life, you’ll feel like she is your friend after just a few videos).

As I said in my video what our children are doing is remote learning not home schooling. Home schooling is something you have planned, made time and space for, gathered resources and made plans. You would not be working full time at the same time.

The first week of remote learning was a little hit and miss here as the teachers had only a couple of days to prepare a week’s worth of work. The second week they had fine tuned it more and my son had two Zoom meeting with his class teacher and the majority of his class, again this was a learning curve for both the teacher and the children but the second session went brilliantly. They are planning these twice a week until the schools return to normal. I have also been using the BBC Bitesize website for some extra resources around the work the school is sending. They have some amazing videos and resources, which are really engaging for children.

Some parents I see online (mainly in the UK) seem to be getting very concerned about their primary children falling behind. This is evident that the top sellers in all books on Amazon are primary school education books. My thinking is that all the kids are in the same boat, it’s not like one child is off school and everyone else is continuing without them. The teachers will make sure that everyone catches up so doing the work the school sent should be enough, we need to be kind to ourselves in these unusual times.

At the moment we are lucky in Denmark as we are allowed to go out and about as long as it is in small groups and we practice social distancing. The police were concerned that over the weekend too many people were gathering in groups of more than 10 people and they have instigated fines of 1500dkk for this. I think the news said that around 70 groups had been fined so in the wider scheme of things, I think this shows that the Danes are taking this seriously. However today (LINK) I saw that some parks and outdoor exercise places have been closed as people are not social distancing enough.

The weather has been amazingly sunny although still fairly chilly so we have been making sure we are taking a walk everyday. We are lucky to live close to the beach on Amager so this is the perfect spot for a nice long walk and to fly a kite.

As people in Denmark have ceased their few days of pretty moderate panic buying a few weeks ago, the supermarkets are well stocked. However there is a long wait to get a food delivery slot with the main online grocer, Nemlig. We have also been keeping trips to the supermarket to a minimum. I have found that although we don’t create a lot of food waste normally we are getting through all the food in our fridge before restocking.

Importance of cultural sites and libraries

I am a huge fan of the cultural sites and libraries in Copenhagen and being at home but not able to visit them as we would do during the holidays is a real shame. As I mentioned about home schooling, if I were to do this actively I would take my son to one of the relevant museums to support what is he learning. For example a current project he has from school is about the Middle Ages, which would come to life with a visit to a museum. That said many of the museums here are offering virtual tours (Thorvaldsens Museum, National Museum, HC Andersen’s House in Odense)

I saw a joke on social media that we are all twelve weeks away from knowing everyone’s real hair colour. Both my son and I were scheduled to go to Sharon for a hair cut a few weeks ago but once the Government shut all hairdressers until after Easter we are now stuck with hair growing longer and more out of control every day. My white hairs, which I’d planned to have hidden under some splendid new highlights, are really enjoying themselves, multiplying by the second it feels! I decided to use some clippers to sort out the worse of my son’s hair and I can say, along with becoming a teacher, I am not cut out to be a hairdresser either!