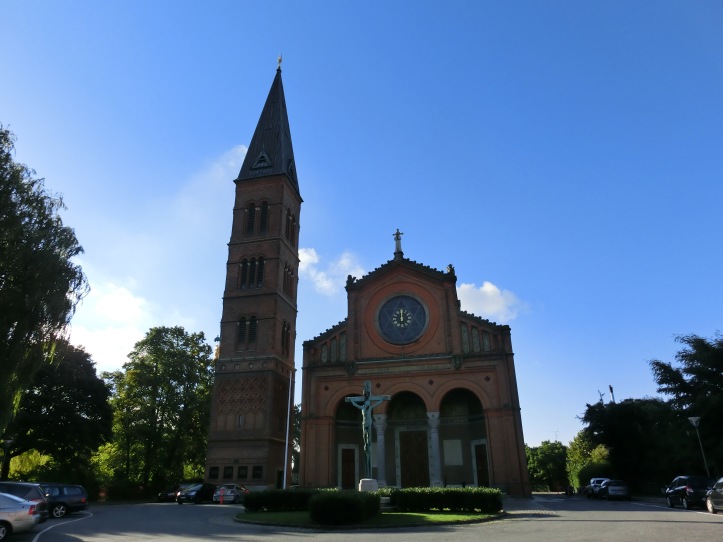 In September I spent a few mornings exploring Valby. I had visited this part of Copenhagen a few times when my son was a baby but I had only really dashed into a playgroup and then dashed home again. I had noticed an ornate church just before you come into the main part of Valby from Frederiksberg and one sunny morning I spend an hour exploring it.

Jesus Church is an incredibly ornate church with a separate campanile or bell tower. I enjoyed wandering about both the exterior and interior of the church. I wasn’t surprised to discover later that the church was commissioned by the Jacobsen family in the late 19th century as much of this area, close to the Carlsberg Brewery, was very much influenced by the philanthropy of the brewing dynasty. It is fascinating to visit such a different architectural style of church compare to the traditional Danish styles.